The Secret Coast aims to recover Spanish heritage in the Canadian West Coast and to explore the current footprint that still remains in this area of the Spanish presence in the 18th century through contact with the population of the geographical area.

The goal of this project is to investigate the history of the early contacts between the Nuu-chah-nulth inhabitants and the very first foreign visitors here. Most people think of Canada’s colonial history in terms of the English and the French, but the Spanish were actually the first explorers to arrive on the west coast (in 1774) and to make contact with the indigenous people.

The legacy of the XVIII century Spanish expeditions to the Pacific Northwest Coast is one of the main common points between the shared history of both countries Spain and Canada; it provided important information about the Nootka Island in terms of environment, geography and anthropology by the hand of Juan Francisco de la Bodega y Quadra. The project aims to raise awareness, both in Canada and worldwide, of this nearly forgotten period of Canadian history, and the important role that Spain played.

The Americans also played an important role. They were in on the fur trading, of course, but gradually came into conflict with the indigenous people. One of their ships was captured by the Mowachaht Chief Maquinna, who enslaved two of its crew members for over two years. Another American ship, the Tonquin, was sacked by Tla-o-qui-aht in 1811 (largely in retaliation for their village previously being burned to the ground by the Americans) –a final conflict that, for the next half-century, ended foreign explorations into this part of the world.

The team will fly in to Rugged Cove, on the north end of the Tatchu Peninsula, by float plane from Tofino. They will need boat transport between the south end of the Tatchu Peninsula and Nootka Island, and from Nootka to the north end of the Hesquiaht Peninsula. They will pass historic sites including Homais Cove, where the first Spanish ship the Santiago made contact with the Hesquiaht, and the traditional Nuu-chah-nulth whaling village of Yuquot, which Captain Cook renamed Friendly Cove, where the Spanish established the fort Nutka and and where John Jewitt was kept as a slave of Chief Maquinna for two years.

Their destination for the hiking portion of the expedition is historic Boat Basin and Cougar Annie’s Garden. From here on, they will travel as both the original Nuu-chah-nulth inhabitants and those early explorers did: on the sea. They will pick up sea kayaks at Boat Basin, and paddle southward for another week, aiming at stops on Flores Island, the Nuuchah-nulth villages of Ahousaht and Optitsaht, and historic Adventure Cove. The entire journey will be along wild, rugged, and nearly uninhabited outer coast. As such, the itinerary (but not route) may change according to weather conditions.

Not many people know about this aspect of the history of the Pacific Northwest. On The Secret Coast expedition, the team will hike and kayak along the remote shores of Vancouver Island, and visit the mostly abandoned sites where these historic events took place. The ultimate product of their adventure will be a book that Dr. Windh will both write and photograph.

Jacqueline Windh is a PhD scientist (Geology), and a Fellow of the Royal Canadian Geographical Society. She has an MFA in Creative Writing, and is an internationally published and award-winning author and photographer. Her first book (of four), The Wild Edge, which she both wrote and photographed, is a Canadian best-seller. Her words and photos have been published internationally, in publications ranging from BBC Wildlife, to Runner’s World, Outpost, Hakai Magazine and more.

She has extensive wilderness and expedition experience. She worked as a sea-kayaking guide, leading clients on the open waters off Vancouver Island’s west coast for five years. She is an endurance athlete and ultramarathon runner. She has completed 8 multi-day ultramarathons (150-230 km) on four continents, and numerous one-day races (50-80 km).

She is veteran of numerous expeditions over a period of decades –both solo and in groups, on foot and by kayak. She has trekked in the Himalayas, the Andes and southern Patagonia. She has kayaked the ocean shores off Canada, Mexico, Australia, New Zealand and Rangiroa. She was part of a National Geographic expedition to the deserts of western Egypt in 2012, led by Jill Heinerth, in the roles of both scientific adviser and photographer.

With the support of the Royal Geographical Society of Canada, the Spanish Embassy in Canada and a number of other sponsors 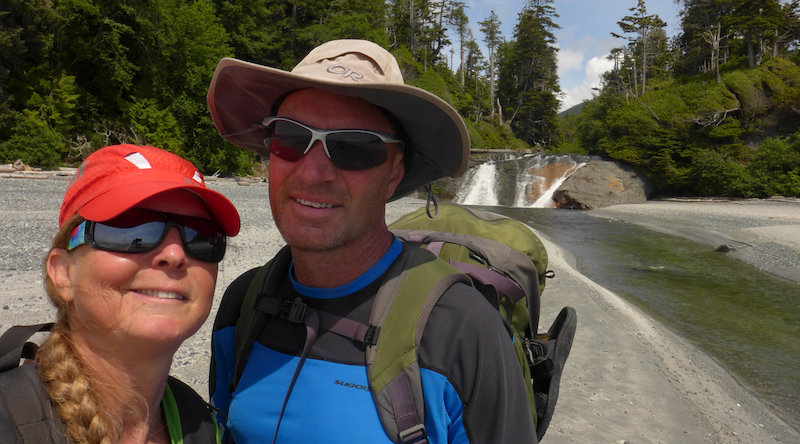 There is no other cultural project in Nootka Island yet.

There is no other cultural project in Heritage yet.