Hopelessly Devout at the European Union Film Festival in Vancouver 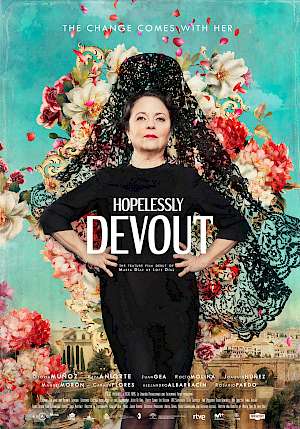 Carmen, a devout Catholic woman from Málaga, Spain, is about to be chosen leader of her local religious guild. But it all goes up in smoke when her biggest rival is chosen: Ignacio, a ridiculous, arrogant man who is also hell-bent on demoting her from her post. After an unfortunate “accident,” Ignacio is left unconscious in the bathroom and Carmen is forced to keep him hidden in her home all the while she receives a series of unexpected visitors. What at first seems like a terrible predicament could turn into Carmen’s chance to fulfill her dream.

Organized by The Cinematheque, the Delegation of the European Union to Canada (Ottawa), the Canadian Film Institute (Ottawa), and the Embassies and Consulates of all European Union member states