Three Spanish movies participate in the hybrid 2022 edition of the TJFF, which marks 30th year of celebrating Jewish culture through film. 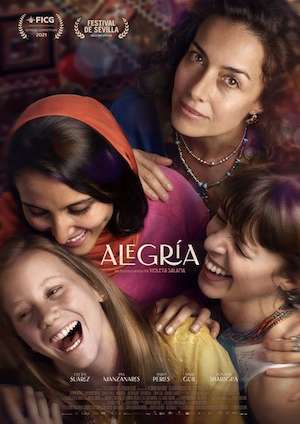 After years away, Alegría (Cecilia Suárez, Nora’s Will) returns to her hometown of Melilla, where three strands of Mediterranean culture converge: Christian, Jewish, and Muslim. Ostensibly back for a Sephardic wedding, Alegría uses the moment to navigate her complex relationship with Judaism, her friendships with women of other faiths, and a reunion with an estranged daughter. A comedy about multiculturalism, Violeta Salama’s film is also a coming to terms with her personal experience (her father is Sephardic and her mother Catholic) and a surprising portrait of Melilla.

It’s a funny, sad, charming and totally enjoyable story that dwells on the personal past of the film director, which is told with the ingenuity and charm of someone that cherishes memories and has accepted the multicultural richness of the little-known Spanish city of Melilla, where the story unfolds. Based on actual events from 1982, this thriller tells the story of Andrés (Ricardo Gómez), a hard-charging big-city detective sent to the supposedly quiet Spanish coast to replace an officer who died mysteriously. Aided by a cynical old-timer (Pere Ponce) dismissively nicknamed “Columbo” by the other officers, Andrés performs an unauthorized investigation that turns up increasingly disturbing details and leads to the discovery of a group of successful German ex-pats who turn out to be actual Nazis in hiding. When Andrés spends less time with his complaining wife and more time with a bright young doctor, Eva (Vicky Luengo), who can offer insight on the case, his life begins unraveling. Is there anyone in the town he can trust? 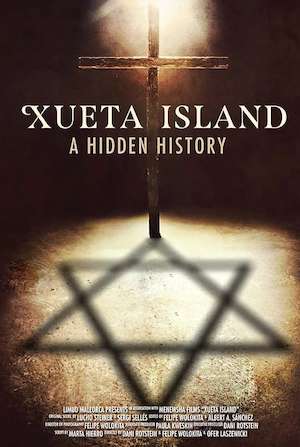 The island of Majorca is home to the Xuetas (pronounced Chuetas), descendants of the Jews forced to convert during the Spanish Inquisition. Despite their adoption of Catholicism, they faced continuous discrimination until the middle of the 20th century. This film looks at both the past and present difficulties faced by the Xuetas, through eye-opening interviews where people of Xueta heritage discuss both their desire to reclaim their Jewish heritage and their concerns about potential rejection by the international Jewish community.

Beautifully shot, Xueta Island is both a riveting portrayal of Rotstein’s quest to unearth and document Majorca’s rich, and tragic, Jewish history and an inspirational glimpse into attempts to revive Jewish life on the island.