Get her... if you can at the 2019 European Union Film Festival in Toronto

Directed by Inés de León, “¿Qué te juegas?” represents Spain at the 2019 edition of the EUFF in Toronto.

Get her… if you can 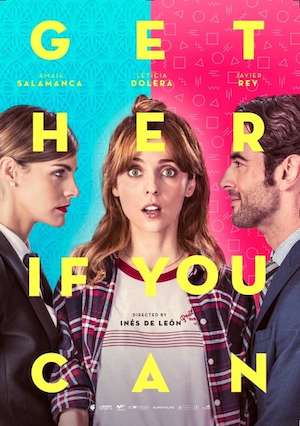 A young penniless monologist eager to take on the world crosses the glamorous lives of Roberto, an idealist snob, and his sister Daniela, an aggressive executive –two rich and successful heirs of the shipping Allende Salazar. If in parallel there is a shaman brought from the Amazon as a spiritual advisor, an admiral and two eternal aspiring actors… Would you bet that nothing will be as it seems?

The official European Union Film Festival (EUFF) strives to reflect the excellence, innovation, and diversity of European cinema in Toronto. Founded in 2004 as a salve to Hollywood monotony, this free festival showcases 28 contemporary films drawn from each of the E.U.’s member countries. EUFF brings together disparate E.U. Consulates and local cultural institutes for collaboration.