This documentary about Albert Adrià’s culinary vision and creative genius will be screened at this year’s edition of Hot Docs Festival, with Spanish co-director Laura Collado in attendance.

The 25th edition of Hot Docs Festival, which runs from April 26 to May 6, will feature 15 documentaries in this year’s Special Presentations program. The Spanish film Constructing Albert is on the list. 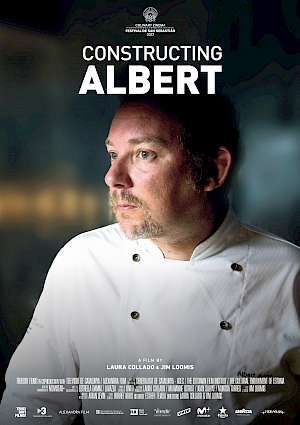 In the high-stakes world of haute cuisine, legendary Catalonian restaurant elBulli casts a long shadow —but when it closes, the head chef’s younger brother draws on his long-unrecognized creative genius to fight for his own culinary vision.

The Hot Docs Canadian International Documentary Festival is North America’s largest documentary film festival, conference and market, held annually in Toronto, Canada. Each year, the festival screens over 200 documentaries from countries around the world. In addition to the Canadian and international competitive programs, each Festival includes themed programs along with the Outstanding Achievement Award, and the Focus On and Redux retrospective programs.

On Saturday, May 5 at 11 am, following the final screening of Constructing Albert, immerse yourself in an afternoon of Spanish food at Campo Food Hall. It is an opportunity to sit down for tapas with the talented Chef Rob Bragagnolo (Carver and Campo Food Hall) and to learn more about his experiences staging with the creative mastermind, Albert Adrià at Tickets in Barcelona.

Bragagnolo lived in Spain for 12 years, and will explain how that influenced his plans for bringing a Spanish bodega and food hall to Toronto. The film director Laura Collado will also be in attendance. Learn more about this event.