The play brings the story of three young Spanish artists: Dalí, Lorca and Buñuel, who meet at the student residence in Madrid in the 20s.

For its season opening, Théâtre Périscope celebrates the 30th anniversary of the Théâtre Sortie de Secours. For the occasion, the theatre company brings back its acclaimed success Le Miel est plus doux que le sang (Honey is sweeter than blood), a show that delves in the unique atmosphere of Madrid in the 1920s. Through themes such as the youth, intense and sometimes confictive friendships, the play presents the three best artists that Spain has given birth in the twentieth century. It is a fantasy comedy that invites to dream that everything is possible.

The action takes place between 1919 and 1923. It follows the explosive meeting of the young painter Salvador Dalí with Federico García Lorca, future poet and playwright, and future filmmaker Luis Buñuel. Within the context of Spain in the midst of anarchy and agitation, the three budding geniuses meet their muse, Lolita, a fictional and surrealist character. This cabaret singer shocks the three characters who decide to rebuild the world in their own way. 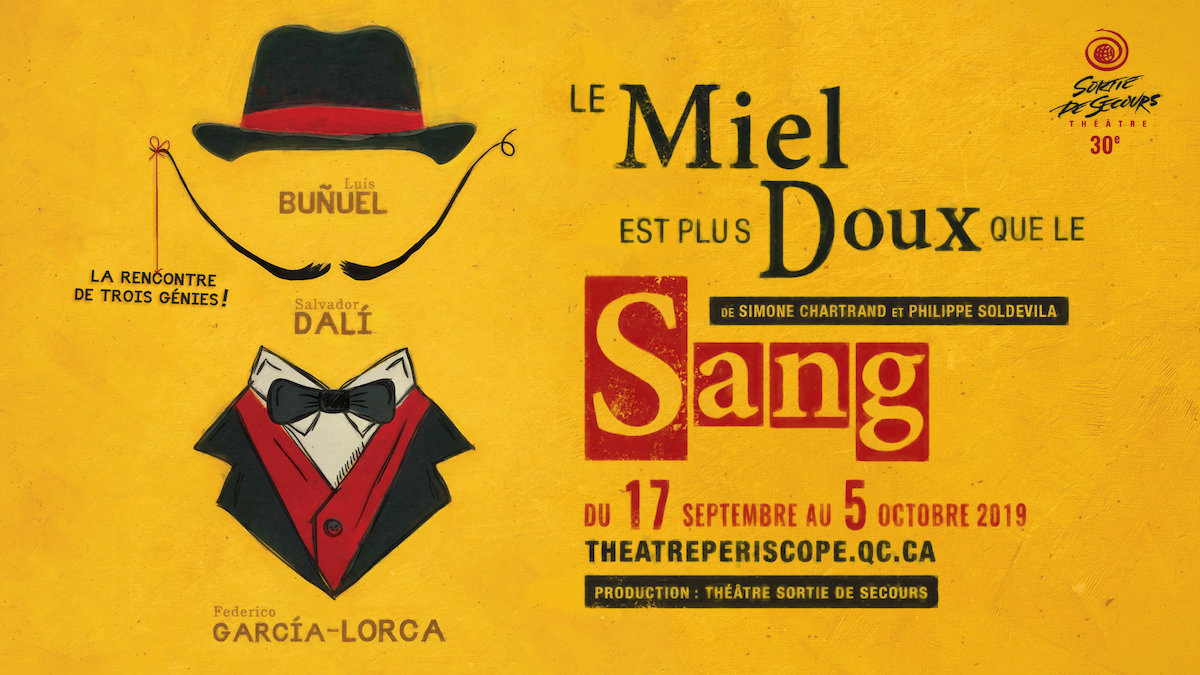 The play premiered in 1995-1996, and was then presented nearly 72 times on tour, including two sold-out series at the Théâtre La Licorne in Montreal, in 1997 and 1998, then in France at the International Festival of Francophone Theater in Limousin. The Théâtre Périscope will be partially transformed into a cabaret for the occasion to recreate the unique atmosphere of Madrid’s Ritz in the 1920s and its famous student residence.

Buy tickets. Showtimes: Tuesday–Wednesday at 7 pm, Thursday–Friday at 8 pm, and Saturday at 4 pm

There is no other event scheduled in Quebec.

There is no other event programmed in Performing arts.