Timecode at the 2019 EU Short Film Festival in Ottawa

Nominated for Best Live Action Short at the 89th Academy Awards and winner of Spain’s 2017 Goya Awards for Best Fiction Short, the Spanish short film is featured at 6th edition of the EU Short Film Festival in Ottawa. 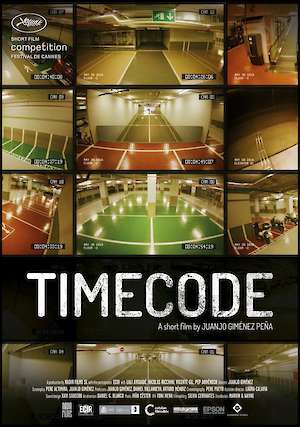 Two security guards discover that they share a rich, dancing imaginative life, despite being stuck looking at video surveillance screens in parking garage.

From May 2 to May 4, The sixth annual European Union Short Film Festival presents shorts over 20 E.U. Member States, featuring everything from short dramas to experimental works to animation. It features three programs: two for adults; one for all ages. All screenings preceded by Tastes of Europe, offering free samples of food and drink.

Organized by the EU Delegation to Canada, European Union National Institutes for Culture/Ottawa chapter (EUNIC Ottawa) and the Diplomatic Missions of participating EU Member States, with support from the Canadian Film Institute