The 2019 Ottawa International Animation Festival brings Guillermo García Carsí, the Spanish creator of “Pocoyo,” and features a Spanish film in competition: “I’m not scared of the crocodile,” by Marc Riba and Anna Solana.

From September 25-29, 2019, the world’s most cutting-edge, thoughtful, funny and provocative animation films return to downtown Ottawa. Attendees will also have to chance to mingle with many of animation’s most celebrated stars, studios and characters. The Ottawa International Animation Festival (OIAF) is an annual five-day event that has been bringing the animation community together in a vibrant hub since 1976. With 80+ screenings, talks, and exhibits presented in venues across downtown Ottawa, and a total attendance of 28,000, it attracts artists, producers, students and animation fans from around the world.

As as international Festival, the OIAF has showcased many Spanish filmmakers and their films over the last 42 years. Spanish director Alberto Vázquez won the coveted Public Prize in 2017 for his film Decorado. 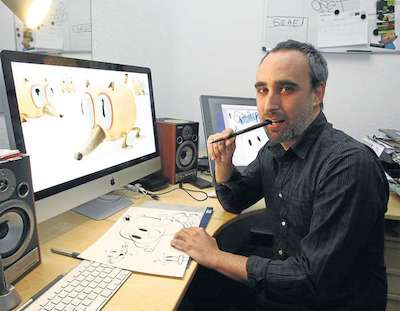 The Animation Conference (TAC) is North America’s only event that lets you pitch, network and keep up with industry trends, while giving you access to the most creative, original and innovative animation out there.

In Developing a hit pre-school series: the story of Pocoyo with creator Guillermo García Carsí, García Carsi will analyze his general approach to animation and in particular the creative process behind Pocoyo from its influences to the character design, humor and animation stile develop in the series. 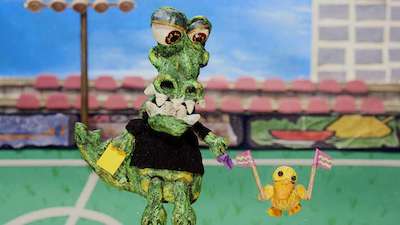 Once upon a time there was a crocodile who didn’t like to hunt. This screening as part of Animation Made for Young Audiences: Preschool. Marc Riba and Anna Solanas have been working in the world of puppet animation for 15 years. They have made 10 short films which have been selected in more than 1000 festivals around the world.

Organized by the Canadian Film Institute