Pedro Navarro in concert in Ottawa

After a very successful performance in Ottawa, Pedro Navarro returns to Mercury Lounge. Navarro started playing guitar at the age of 6, and critics called his début as a performer Dedos con duende (fingers with magic.)

Navarro has achieved great success in a myriad of venues worldwide, including the National theatre of Australia, The Victoria Hall of California, the Salle Cortot of Paris, the Main Hall of the Sydney University, John Hancock Center of Chicago, Piazza Navona of Rome, National Culture Palace of Sophia, Eckhardt-Gramatté Concert Hall Rozsa Centre of Calgary, Branch Square of Kansas City, Bank of America Theatre of Albuquerque, premiere of the Cervantes Institute of Edmonton, Simón Bolívar Auditorium of Equador, ODTÜ of Turkey or the New Mexico University, Mercury Lounge in Ottawa along with multiple gigs in the Africa continent.

In Spain his most remarkable performances have taken place at Madrid’s Conde Duque Auditorium and Ateneo, as well as at Valencia’s Palau de la Música. Pedro’s style of music has broken conventional parameters, positioning him as an original composer able to merge Flamenco, Jazz, Latin and Classical music in his unique performances. 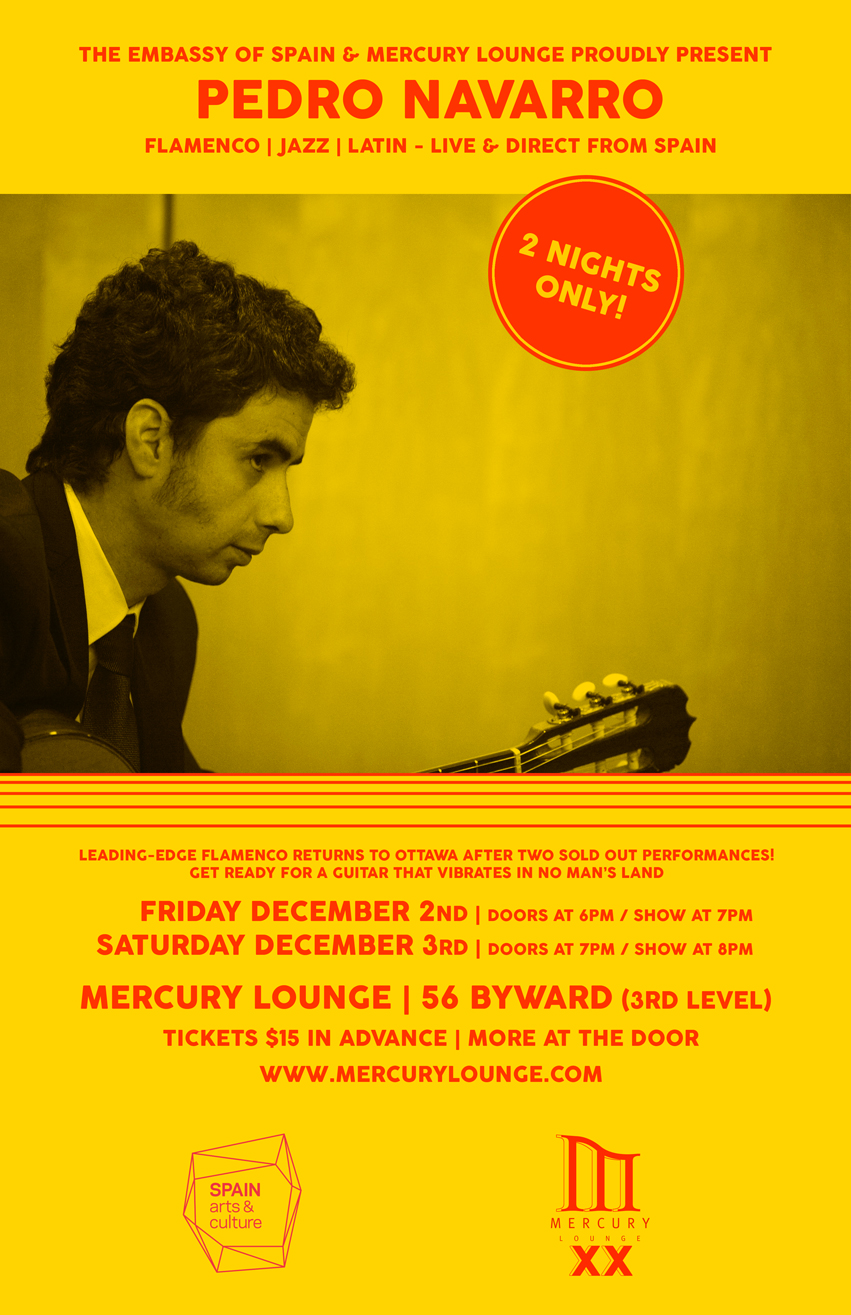 There is no other event programmed in Music.