Join us in this first celebration of “Spanish Cinema Day” with a free online screening of “El viaje a ninguna parte” by Fernando Fernán Gómez. 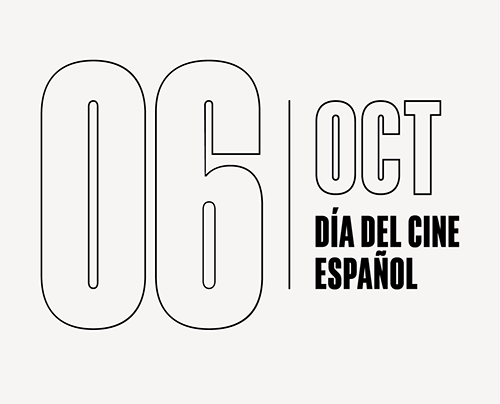 On March 9, the Council of Ministers of Spain established October 6th as Spanish Cinema Day to recognize the role of filmmakers and their influence in the sociocultural life of Spain, as well as the heritage value of Spanish cinema and its significance in the creation of the country’s identity.

This anniversary follows in the wake of similar yearly cultural celebrations such as April 18 (Book Day), March 27 (Theater Day), and May 18 (Museum Day). 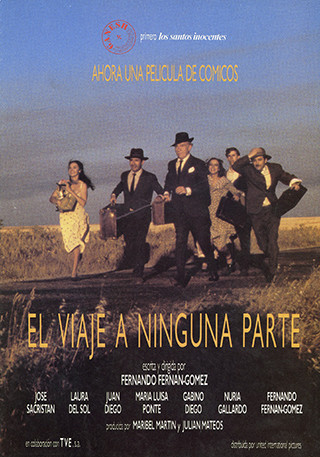 The film tells the story of a group of comedians during the 1940s and 1950s as they travel around rural Spain. Work gets mixed with love, financial problems with family members, hunger with the dream of success. The central character, Carlos Galván, is the son of the company’s first actor and director, Don Arturo. And he is the father of Carlitos, the boy who does not want to be a comedian. Both Carlos and Don Arturo will try to convince Carlitos to stay with the company.

Meanwhile, in the Spanish postwar period, the cinematographic miracle is reaching the cities and even the towns, and people no longer want to see theater, which makes the future of the company uncertain. Carlos, little by little, is being abandoned by his companions and will be forced to look for a future in the capital.