The International Festival of Films on Art (FIFA) is dedicated to the international promotion and distribution of films on art and media arts. For nearly 4 decades, it has presented an annual event in March, which allows discovery of the latest documentaries on art. 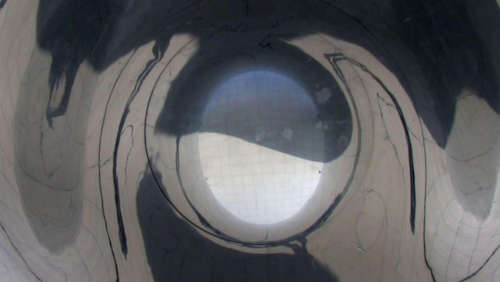 An enigmatic film and a deep dive into a public artwork that has long fascinated spectators. Distorted reality and amorphous skyscrapers reflect a strange vision of the city landscape in Anish Kapoor’s Cloud Gate, created for the Chicago Millennium Park. Urban art interacts with the existing reality of its environment, but also with the members of the public who walk around it, take photos with it, see it and are seen with it. Selfie questions the control exerted over us in the public space and technology’s constant watch over human activity. 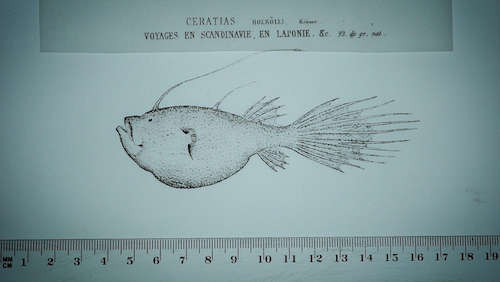 The image of the lantern fish hints at the intent of this film: to illuminate the memory of past generations so they will not be forgotten. The historical context is evoked through the letters of young Casto Balsa, an ancestor of the filmmaker. Still a boy, Balsa was called up to fight in the Spanish civil war, and he wrote of his experiences in letters to his parents.

80 years later, the film director writes to his grandmother while he retraces the journey of his ancestor across Spain, visiting trenches and a war museum along the way. This epistolary film is a voyage into the past through an investigation of family memories, preserved archives, and a wish to reappropriate the collective memory.

Everyone Wants to Be the Next Weismann 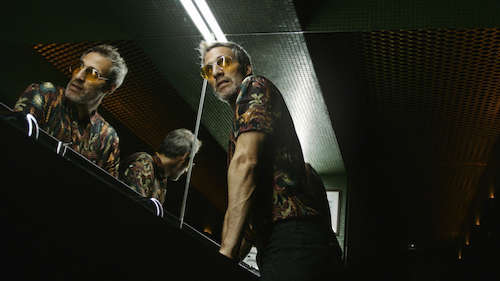 Martín Solo is a contemporary art collector. He takes pride in having discovered major artist Richard Weismann, despite the fact that many have called this claim into question. Today, he is taking up the challenge and presenting his unique artistic vision to the world, by opening his private museum to the public.

To this end, Solo prepares a retrospective of his latest discovery: Mu Pan, a Taiwan-born, Brooklyn-based artist whose fantastical works are a critique and reflection on the violence and brutality of society. A range of interviews gives an insight into the intriguing personality that is Martín Solo, but also into the artistic mind of Mu Pan. Humor, sarcasm, love of art, creativity, imagination, and suspense are woven into this
film. But where does the truth lie? 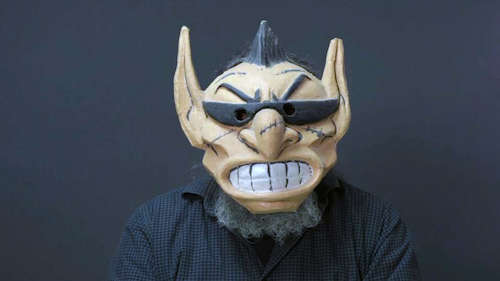 Francesc Capdevila, aka Max, is a comic book author and artist who has been renowned in Spain since the 1970s. His work melds humor, freshness, spontaneity, anarchy, surrealism, and philosophical reflection. Between fiction and reality, conscious and unconscious, Max’s working method and understanding of the world —the bright side and the darker side— are the focus of this film.

An original and innovative look at the “ninth art” through an engaged, environmentally aware, and subversive artist, and reflecting on a career spanning over 40 years, this documentary explores Max’s comic strips and illustrations, including those for The New Yorker, and sheds light on his deep interest in fantasy and mythology. 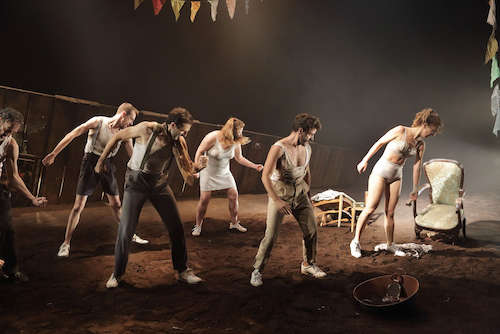 A group of actors and dancers from Madrid came together in a show conceived as a dance marathon. Danzad, danzad, malditos —freely inspired by Sydney Pollack’s 1969 movie They Shoot Horses, Don’t They?, an exploration of the “macabre cabaret” of a dance marathon contest— was designed as an unscripted competition.

In addition to 80 dance performances over three years, the group had to deal with tense and absurd situations, including physical fights and psychological meltdowns. The directors followed the dancers on and off stage, asking them to record themselves during their daily lives. Playing with the concept of a reality
show transformed into a documentary and exploring the fuzzy distinction between onstage character and everyday personality, the film follows their shifting ideas about success, failure, glory, and competition, intermingles non-fictional activities and staged performances, and constantly blurs the lines between fiction and reality. 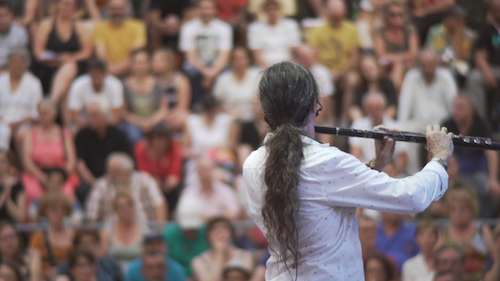 Jorge Pardo has helped shape the history of flamenco. A member of Spanish guitarist Paco de Lucia’s sextet for many years, he pioneered the inclusion of flute and saxophone to bring jazz and flamenco together. This eponymous documentary is the story of the Trance show held at the Suma Flamenca festival in Madrid in 2019. Over the course of several months, filmmaker Emilio Belmonte and his team followed Pardo on his travels across Spain and the world.

Between rehearsals, performances, improvised sessions, and recordings, Pardo invites flamenco artists, as well as those from other musical genres, to join him for a gathering that promises to be one-of-a-kind. This is a living portrait of the “founding father” of flamenco-jazz fusion and the world of contemporary flamenco, where tradition is opening its doors to the world.