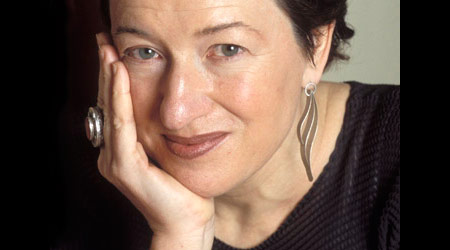 The University of Victoria presents two lectures by Laura Freixas.

How I became a writer, thanks to my mother, Franco and Simone de Beauvoir
On October 23, 2013
How boring was Spain in the sixties! How grey and uneventful life seemed for a girl born then and there!… Later on, she would discover that under the ashes lay many a lost illusion: her paternal grandparents had belonged to a Catalan nationalist party, her maternal grandfather had been an Anarchist. All of them had renounced their political dreams and accepted a Fascist dictatorship in exchange for peace and a modest prosperity. Franco would hopefully die one day. But for the moment, the only life worth living was that of the imagination: reading novels. And hopefully writing them, too, since the only women one could admire and dream of imitating were writers. This is how a literary vocation is born.

Is literature hermaphrodite? Or how I set out to be a writer but became a woman writer
On October 25, 2013
When a female writer publishes her first book, she probably does not consider herself as a woman writer, nor does she have a deliberate intention of writing works that can be in any way described as “feminine.” However, the reception of her books from both the critics and the readers, and the reflection of herself offered by the mirror of the media, will soon make her realize that whatever her intentions, she is seen as a woman writer who writes women’s literature. Is there any truth in that? What is the meaning that readers, media and critics give to those terms, and what is the meaning that women writers themselves can give to them?