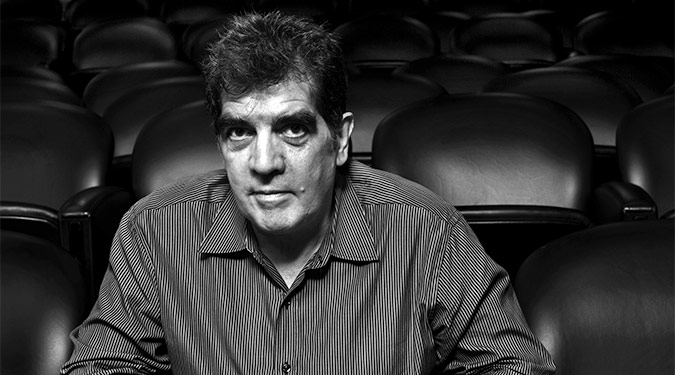 The writer will participate in the Blue Metropolis Montreal International Literary Festival running from April 28 to May 4, 2014.

The collaboration between Blue Metropolis and Lisez l’Europe continues to highlight some of the best writing in contemporary Europe. This year, Spanish writer Eduardo Lago visits Montreal to participate in the Blue Metropolis Montreal International Literary Festival. Novelist, translator, literary critic and professor at the prestigious Sarah Lawrence College, he is also known for his position as Director of Cervantes Institute in New York.

Brooklyn, Buenos Aires
On Friday, May 2 at 7:30 pm at Las Américas bookstore. Round-table, 60 minutes. Tickets: $7.
Eduardo Lago and Iosi Havilio will talk about the cities where they live and have inspired their books. Host: Hugh Hazelton.

Espresso Break: Eduardo Lago and Iosi Havilio
On Friday, May 2 at 9 pm at Bookstore Encounter. 30 minutes. Free.
Spanish writer Eduardo Lago (Call Me Brooklyn) and Argentine Iosi Havilio (Paradises) will read from and sign copies of their work.

European Writers: A Talk Show
On Saturday, May 3 at 5 pm at Goethe-Institut. Interviews, 90 minutes. Tickets: $10.
In a talk-show format, host Shelley Pomerance discusses the work of four European writers with the writers themselves. Followed by a Q&A. Katharina Hagena, Eduardo Lago, Joan-Lluís Lluís, Carlo Lucarelli.